Warning: Declaration of HeadwayUtilityBlockOptions::modify_arguments($args) should be compatible with HeadwayVisualEditorPanelAPI::modify_arguments($args = false) in /home/customer/www/seemyphilippines.com/public_html/wp-content/plugins/headway-utility-block-102/block-options.php on line 14
 SURFISTA TRAVELS SURF TRIP – San Juan | See My Philippines 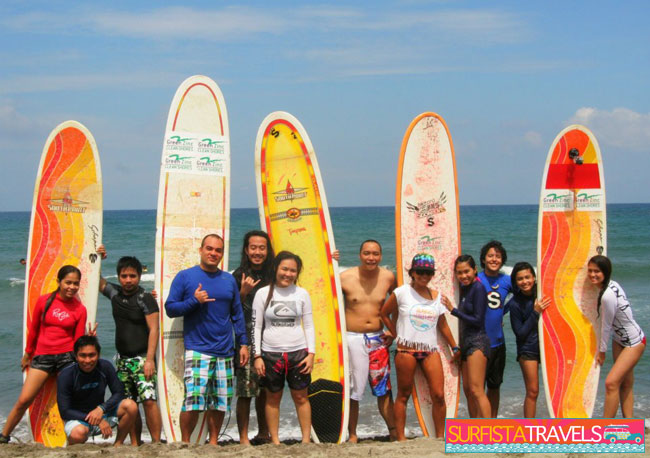 When I first started this Philippines based website I was still based out of Vancouver, Canada. I started reading other related blogs to get a better idea of what everyone else was up to, which progressed into following travel and Philippine Tweeters.  I’m glad I did because Twitter turned out to be one of best ways to meet people that were either living in a specific city, blogging, or just travelling the country themselves.

Somewhere along the lines I started following @SurfistaTravels. At the time, Surfista Travels was a brand new company with a website that was still under construction but I knew I wanted to work with her because she was very enthusiastic. Even on Twitter with 140 characters of text, her happy attitude was contagious. I made contact with Elaine and we started helping each other out with our newly formed companies. 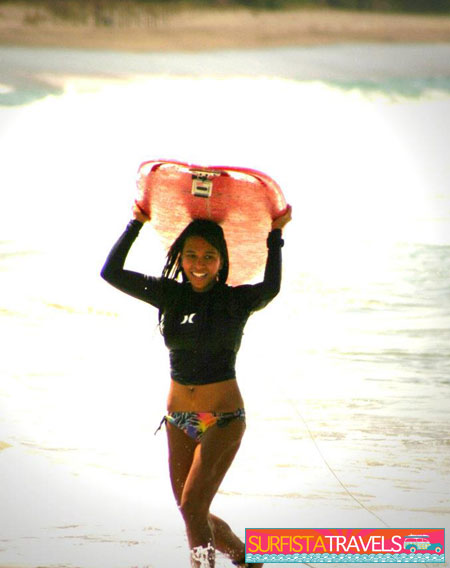 Unfortunately, I wasn’t able to make it to the first surf trip. The dates just didn’t work out. But as soon as the second trip was announced, I knew I had to make it work no matter what.

The surf tour included transportation from Manila to San Juan Surf Resort, in La Union and back. Since I had a lot of extra time on my hands, I decided to book an extra day before and after the scheduled trip and I would just meet the group there. Elaine was great and took care of booking the extra nights at the resort. 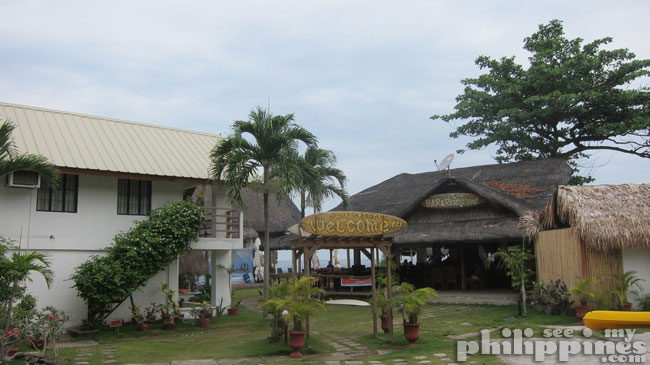 I felt a little anxious when I woke up the morning the group was set to arrive. I was excited to meet everyone. Kind of like the first day of class at a new school and you want to see who you your classmates are.

I made my way down to the restaurant and quickly spotted Elaine. The Hurley hat and Surfista Travels t-shirt gave it away haha. It was great to finally meet after many exchanged emails and tweets. She was just as enthusiastic and bubbly in person as she was online. 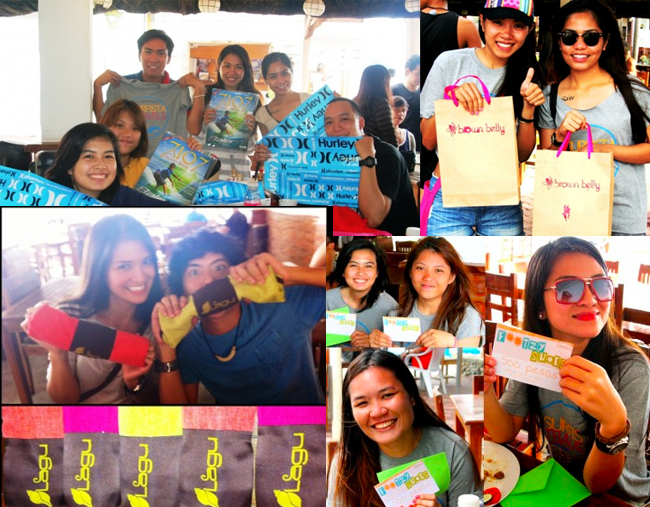 The group sat down and had breakfast, followed by introductions so everyone could get to know each other. We also got goody bags of swag from Elaine and the sponsors – lots of cool stuff from Agos (who made our Surfista T-Shirts), 7107 Magazine, Hurley, Yabang Pinoy and Lagu. The ladies also got a few extras from Footzy Shoes and Brown Belly. We also had a cooler full of Lightwater and Vitaminboost that kept us hydrated all weekend.

Around 9am, everyone headed to the beach for our first lesson. I was able to get a private lesson in English since the rest of the group was getting theirs in Tagalog. 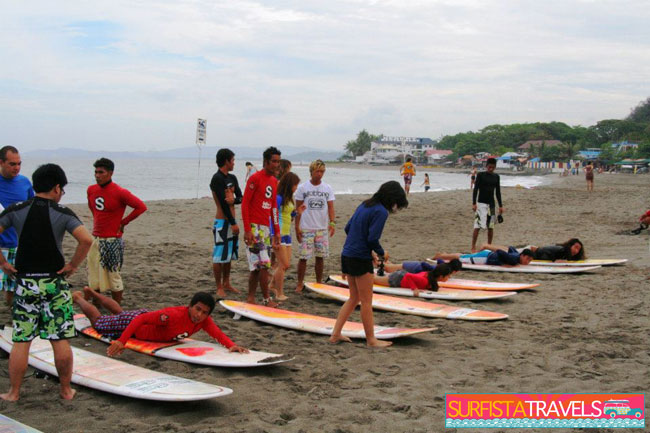 I hit the water with Chris, my instructor, and we made our way to the breaks. A few final instructions and he pushed me off in front of the wave. I felt the glide, popped up to my feet … and wouldn’t you know it, I was standing! I caught my first ride! I couldn’t believe it. This is an amazing feeling. 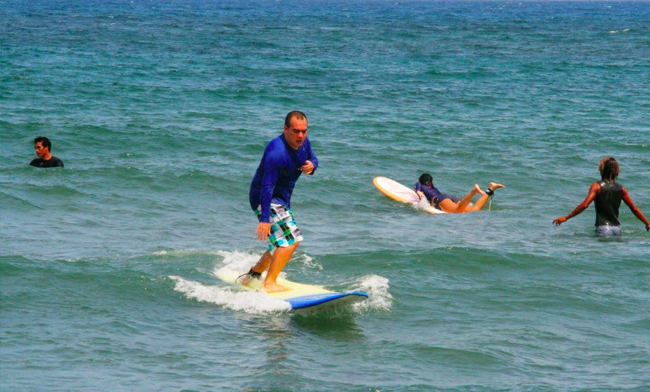 After an hour of riding the surf, we all met up at the beach with bright eyes and big smiles. Every single one of us were able to stand and ride. Some of us had been first timers, other on their second time surfing… but each of us were able to get up and ride some waves. Even only a few hours into our weekend and we could have all left very happy people. Luckily, Elaine had a lot more in store for us. 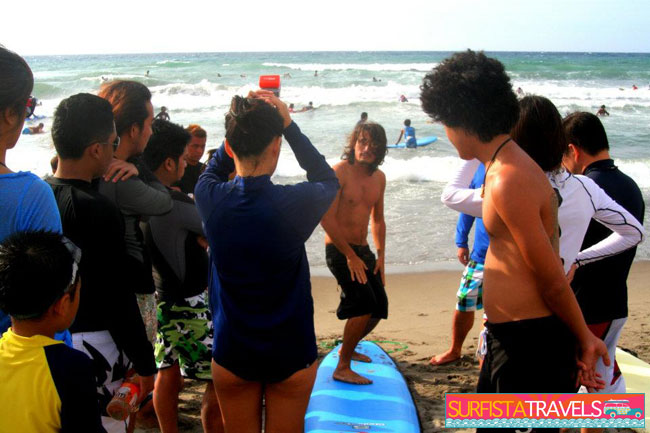 We jumped into a couple vans and headed to lunch by the river. Then it was back to the resort for our second surf lesson where we got a Surfing 101 from Luke Landrigan, the local pro surfer. After a nap we had dinner and hung out getting to know each other. 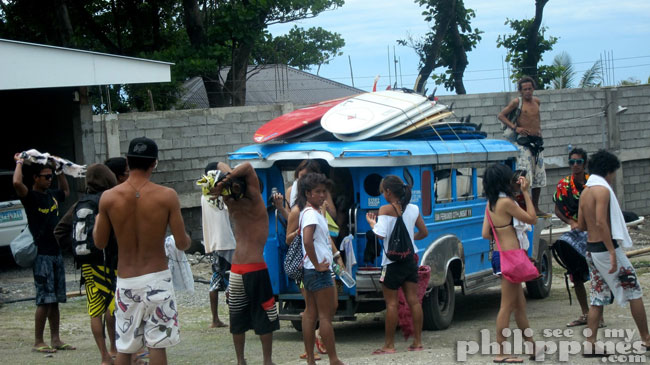 The next morning the waves were a bit too big for us beginners so we packed the boards on the Jeepney and went to the beach local known as The Cement Factory. Here we got to experience some fairly gentle waves, but enough for us to feel the ride and have a lot of fun. We went out in 2 different groups because we were limited to the amount of boards we could bring. Since I went in the first batch, I was able to take a few pics of the second batch. 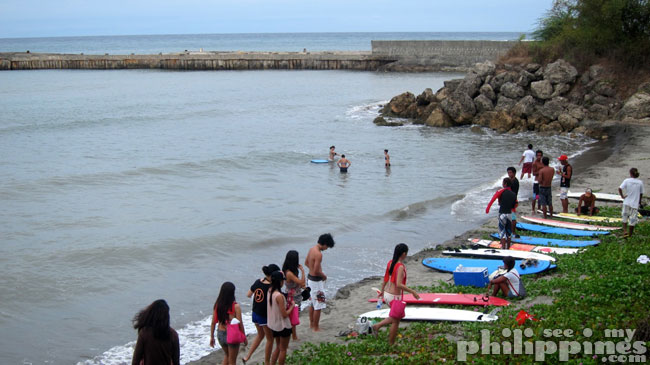 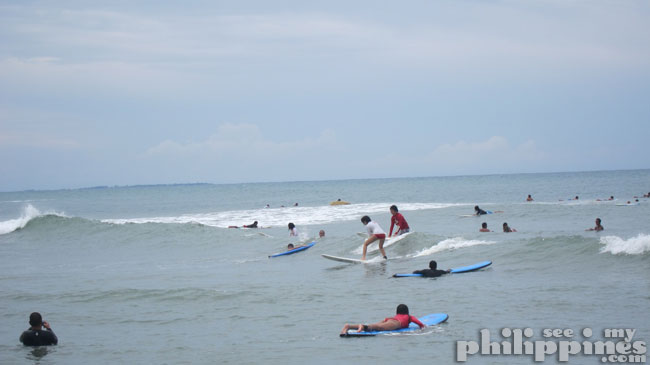 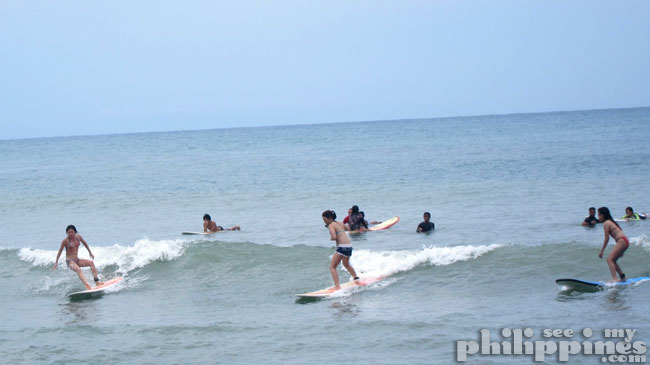 We headed back to the resort for lunch and our certificates. We took a ton of pictures with each other as well as with Luke Landrigan. After we said our goodbye’s, the rest of the group made their way back to Manila.

Not only was this a very fun experience learning to surf, but also I really enjoyed meeting a lot of new people. Surf, sun, beach, new friends and new vibes. This was a trip to remember for a lifetime.

Here’s the whole crew, including our kick-ass instructors from the San Juan Surf School. 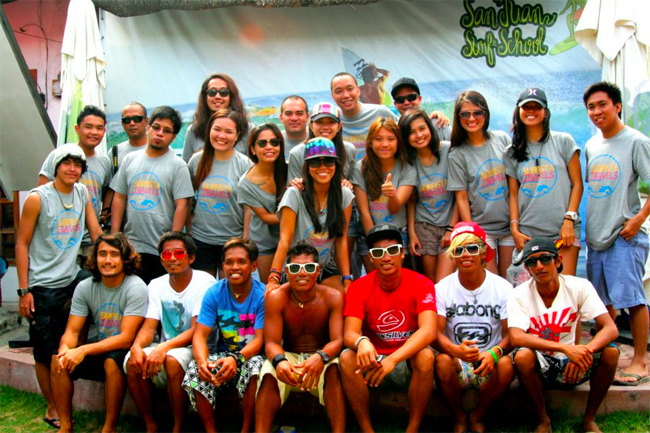